This website contains affiliate links, we may earn a small commission to recommend certain products. We greatly appreciate your support!

Solar power production is never steady– even if you have a fully optimized PV system. It’ll vary from insufficient to surplus depending on factors such as cloud cover, sunlight duration, and intensity.

To reduce our reliance on the grid, solar power must be availed steadily and reliably on demand. This is where battery storage and backup systems come in.

In solar power systems, batteries store the solar power produced when conditions are favorable and production is high and deliver it when demand exceeds production.

While these batteries have their perks, they’re not all perfect. For example, they have a high carbon footprint, making their use and disposal a big environmental concern.

Now the biggest question is, how suitable are hydrogen batteries for solar PV systems?

However, there’s one big hurdle with hydrogen solar storage: there’re significant losses of energy when solar power is converted to hydrogen and when the energy stored as hydrogen is reverted to solar power.

To better understand what hydrogen batteries offer in the field of solar power storage, let’s first discuss how they work.

How does a Hydrogen Battery Work in a PV System?

The solar panels do light energy to electric energy conversion, while the rest of the conversions occur in the hydrogen battery.

For a hydrogen battery to work as an energy storage system for your solar PV system, it has to be connected to the solar inverter so that it can receive power generated by your solar panel array.

Once this connection is made, the solar hydrogen battery uses solar power from your inverter to electrolyze the water. Since water electrolysis happens best with direct current, the electrolyzer has a converter that transforms AC to DC.

The products of the electrolysis (water splitting) process are hydrogen and oxygen.

This water-splitting reaction occurs at the anode of the electrolyzer, which in this case, is installed in the battery unit.

The H+ and O2 produced at the anode are separated by a Proton Exchange Membrane (PEM) then channeled to the cathode, where the H+ are converted to hydrogen gas.

Hydrogen is combined with fibrous metal alloys and stored as a metal hydride while oxygen is released into the air.

To store hydrogen in this state, the pressure in the battery’s hydrogen containers is maintained at around 435psi.

Hydrogen by itself is a fuel that can still be produced by splitting water with grid electricity. However, solar water splitting produces ‘green hydrogen’ since no polluting processes are used to generate the energy in the first place.

This is the amount of hydrogen gas produced per unit time per unit size of the photovoltaic module.

An example of such a measurement can be seen in a hydrogen production demonstration project called PECSYS that achieved around 3.7 grams of hydrogen per square meter per hour at peak production.

This next characteristic will help you understand how peak hydrogen gas flux impacts solar power storage.

This is within the range of average production of domestic solar power production, which is between 1KWh and 4KWh.

Of course, this capacity can vary depending on extrinsic factors such as the actual size of the hydrogen battery. This Lavo hydrogen battery cabinet can, for example, store 40KWh of energy, which is enough to power a typical home for 2 days.

In summary, the storage capacity of hydrogen batteries is quite promising, and this is a huge perk for off-grid power applications.

Hydrogen has a low density in liquid and gas form. However, by raising the pressure of hydrogen batteries to around 431psi, the actual density and consequently the energy density of hydrogen is increased.

The energy density of compressed hydrogen is a massive 40,000Wh per kg.

Since improved energy density translates to weight reductions, this is a plus for solar power storage it means that a high amount of power can be stored in a lightweight hydrogen battery which makes lots of sense for off-grid applications.

The operation of the proton exchange membrane in hydrogen batteries is exothermic. In this regard, the entropy change in hydrogen fuel cells is small when the temperature rises.

This means that the overall performance of hydrogen batteries rises with increasing temperature.

With these characteristics, we can say that temperature is not a concern for hydrogen batteries- solar PV integration performance.

Due to the water electrolysis that happens in hydrogen batteries, several components are housed in a single unit. A typical unit would, for example, have:

This means that you need a large infrastructure for decent solar storage with hydrogen batteries.

This means that you’d need quite a space in your home for that kind of battery storage.

But if you come to think about it, you’d need several conventional batteries to store a similar amount of solar power, so the huge energy storage footprint would still remain constant.

The world is currently pushing for renewable energy sources that are not polluting the environment. For this to work batteries used for energy storage should also be environmentally friendly.

Battery systems such as flooded lead-acid release harmful chemicals to the environment, so it becomes a challenge to even dispose of them.

Hydrogen energy storage is environmentally friendly as it does not release any harmful chemicals. However, this is only true if green hydrogen is used hydrogen produced by any other means will still cause environmental pollution.

What would happen if a hydrogen leak occurred?

Chemistry experts argue that the hydrogen will disperse at a lightning-fast speed on leaking that it’ll barely cause any fire or explosion risks.

What’s more, the other risk characteristics of hydrogen as a fuel are no different from those of conventional fuels such as natural gas.

When it comes to disposal, the same benefits apply. Since no harmful chemicals are released to the environment on the disposal of a solar hydrogen battery, getting rid of these batteries causes no environmental concerns.

Conversion losses can reduce the productivity of a solar PV system. By default, some energy is lost when solar energy is converted to electricity by the PV modules.

With this in mind, you’d not want further losses to occur when the electricity is being converted to a storable form.

Unfortunately, no solar storage system captures 100% of the solar power that’s delivered into it. Conventional batteries such as lithium-ion have a conversion rate of about 90%.

The average conversion rate of solar power to hydrogen by a hydrogen battery is 80%, meaning that you’re losing 20% of already generated solar power.

To make things even worse, hydrogen batteries can only revert 50% of the energy stored as hydrogen to solar power (round trip efficiency).

All these losses significantly reduce the final power you get from your solar PV system. And for this reason, hydrogen batteries may not be well suited for solar PV solar power storage applications.

The dollars per unit of energy stored for hydrogen batteries are relatively higher than for other batteries, but with the current innovations, things can only get better.

If this is achieved, it’ll work out to a very competitive price per kilowatt-hour, which means hydrogen batteries will score highly for cost-effectiveness in the future.

Even so, hydrogen batteries have lower cycle life costs compared to other batteries since free solar energy is used to produce green hydrogen.

Therefore, we can conclude that hydrogen battery price is reasonable, so cost shouldn’t be a reason not to invest in this technology.

A cycle in the field of batteries represents a single discharge and charge. The cycle life is the maximum times you can charge and discharge a battery before it becomes inefficient at storing energy.

Hydrogen batteries have a higher cycle life compared to other batteries commonly used for solar storage. The Lavo battery mentioned earlier can go up to 20,000 cycles.

In an off-grid environment, you only have the battery backup as the energy source meaning you’ll keep cycling your batteries.

With the high cycle life of hydrogen batteries, you have a storage solution you can rely on even if your battery cycling needs are high.

The useful life of a battery is the length of time the internal chemistry of the battery can support efficient energy storage. At the end of the useful life, it’s no longer efficient to store energy in the battery and the only option is to replace it.

Hydrogen batteries have an average useful life of 30 years. This is very impressive, considering that a typical lithium battery’s useful life is below the 15 years mark.

Considering that a good solar PV system lasts for around 30 years, it means you can have only one hydrogen battery system for the entire useful life of the solar PV system.

As a solar consumer, this gives you peace of mind as you know your battery system won’t need replacement anytime soon.

Can a hydrogen battery be integrated with a backup battery?

A backup battery can be integrated with a hydrogen battery to cover up for power variations or for the purpose of instantaneous response.

A lithium battery is best suited for hydrogen storage backup due to its excellent performance and decent cycle life.

The possibility of connecting a backup battery adds to the convenience of hydrogen batteries in storing solar power.

If you want to go solar and live entirely off the grid, you need to not only produce power when the sun is shining but also store it for use when there’s no sunlight at all.

Hydrogen batteries are a pollution-free, moderate cost, and decent efficiency energy storage solution that can be used in PV systems for backup purposes.

Conversion losses are the big hurdle for the use of hydrogen batteries as solar energy storage systems.

While this has been a problem with hydrogen power storage for quite a long time, it’s something that needs to be dealt with if hydrogen batteries- solar PV integrations are to be optimized.

So currently, the only way a hydrogen battery will efficiently work for a PV system is when you use it for standby rather than permanent storage applications. 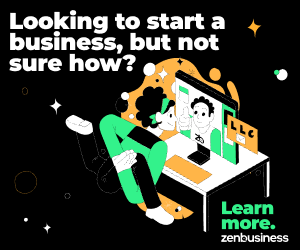